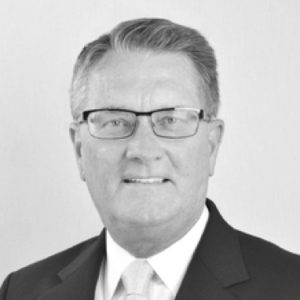 Timothy D. King founded CPEX Real Estate in 2008. During his long career in real estate brokerage, he has been instrumental in attracting numerous national retailers to the NYC marketplace. In 2016, he was listed 80th on the Commercial Observer’s Power 100 list of the 100 most influential figures in the New York real estate market, in part due to his role in bringing Saks Off Fifth to Sunset Park, Brooklyn for its first outer borough location.

In 2014, Mr. King was instrumental in arranging two of the most significant transactions to occur in Brooklyn. In a series of complex transactions that included the sale of several properties, the buyout of a leasehold estate, and the transfer of air rights, Mr. King worked with Morris Bailey, JEMB Corp., and the CPEX Development & Conversion Sales Team to assemble a development site of approximately 600,000 square feet in a prime location in Downtown Brooklyn, directly opposite City Point and adjacent to the Willoughby Street Park site.

In Sunset Park, where CPEX was the exclusive agent for the retail component of the 1.2 million square foot Liberty View Industrial Plaza, Mr. King worked with the CPEX Retail Leasing Team to arrange the largest retail lease signed in Brooklyn in 2014. In this historic transaction, Bed Bath & Beyond and three of its sister companies, Cost Plus World Market, Harmon Face Values, and buybuy BABY, occupy 120,000 square feet of newly renovated retail space on the second floor of 850 3rd Avenue, with Saks Off Fifth occupying 30,000 square feet on the ground floor. In June 2019, CPEX became part of the SVN network and became SVN | CPEX.

Prior to forming CPEX, Mr. King was a partner at Massey Knakal Realty Services (MKRS). He joined the firm in 2002 to open MKRS’s Brooklyn office as Managing Partner. Based on his extraordinary results in developing the Brooklyn marketplace, he was subsequently named the first companywide Chief Operating Officer in charge of all MKRS offices. During his tenure, the firm’s annual revenue increased dramatically and the company grew in size from 30 to 200 employees.

Before joining MKRS, Mr. King served as the Director of Real Estate for the New York City laundromat chain Clean Rite Centers. Within three and a half years, he negotiated and signed leases for more than three dozen retail sites throughout New York City’s five boroughs.

Prior to Clean Rite, Mr. King spent twenty years as manager of the Commercial, Industrial, and Investment Division at Fillmore Real Estate in Brooklyn. He was personally responsible for sales and leasing transactions involving nearly every major fast food, retail, and office tenant in the New York City marketplace. He began his real estate career with the New York City Housing Authority.

Mr. King is a graduate of the MEBA School of Marine Engineering and spent time in the U.S. Merchant Marine. He is a prolific public speaker and has appeared on several New York City cable television programs devoted to the real estate market. In addition, Mr. King has trial experience serving as an expert witness regarding commercial real estate matters in New York, Nassau, and Kings counties, and has authored numerous articles for professional trade publications. He has also served as an adjunct professor at the City University of New York, Baruch College, and Brooklyn College. Brooklyn born and raised, he currently resides in New Jersey.

View All
Brooklyn: A place to live, work, shop, and visit
Read On
Long-Empty Storefronts in Williamsburg Suddenly Full, Due in No Small Part to L Train
Read On
Brokerage Merger Brings Big Business to Brooklyn
Read On
View All